Why, in case of a locked lane in a tunnel, this lane is closed before the tunnel entrance?

The law of 21 November 2007 on the minimum safety requirements for certain road tunnels stipulates that in case of a closed lane in a tunnel, this lane must be closed from the tunnel portal on, to avoid over-accidents in tunnels. The same applies to slip roads to tunnels. For example, the slip ramp to the A7 towards Luxembourg from the roundabout Lorentzweiler on the N7 is closed each time when a vehicle is stopped / down on the right lane in the tunnel Grouft towards Luxembourg. As accidents and breakdowns are unpredictable, no prior user information is possible.

Why is the fast lane of the tunnel “Stafelter“ on the highway A7, during the morning rush hour in the direction of Luxembourg, partly / sometimes closed?

In case of a fire in the tunnel, the vehicles, who are blocking the two lanes of the tunnel, can’t leave the tunnel.

Besides, due to the narrowness of such a construction and in case of a traffic jam on the two lanes within the tunnel, it’s not possible anymore to the rescue services to pass through the tube, in case of a fire or an incident in or after the tunnel.

The clothing of the fast lane is therefore a measure of traffic management to guarantee the security of the users of the tunnel.

Is the information (webcams, travel time,...) available to the public?

Much of the information (webcam, travel time, etc.) is available without restrictions and can be easily integrated on intranet or internet sites.

You can find the different datasets on the site data.public.lu

Here is the direct link to the information of our administration:

Why and how often are tunnels closed for maintenance?

Because of general weather conditions the maintenance work cannot be done in winter period. That’s why it must happen in a limited time area in spring between March and May and in autumn form the end of August until October in order to guarantee at least halfway the 6 months long interval between every maintenance operation. Less maintenance or respectively longer periods in between would mean more unexpected closures.

In these time periods not less than 20 tunnels  have to undergo the maintenance and cleaning process. These maintenance work, like every other road work, is scheduled and organized – if possible – in order to not interfere with luxemburgish, german, belgium, french and dutch holiday periods and other major events. Of course, regarding countless reasons conflicts are not always avoidable.

As a rule of thumb, maintenance operations are scheduled with regard to not nullify the cleaning process and vice-versa. In other words, maintenance is done at night in several tunnels while cleaning is done in the daytime within the realms of possibility. However, the cleaning companies are limited to a period of 3 weeks in which they can execute the cleaning works in these 2 shifts (day/night). These 3 weeks are given as the cleaning companies follow an internal working schedule. There is not much tolerance to postpone these works (1 week maybe). Moreover, for several reasons like organisation, workforce and labour law it is not possible to do the maintenance work on each tunnel at the same time.

Usually a normal maintenance lasts for about 7 to 8 hours disregarding any unexpected problems that must be solved. Despite this, 2 hours before and after have to be considered in order to close the roads and place the deviation signs.

Preventive fire protection an general security requirements are the main points to be considered while maintaining a tunnel. This mainly requires a technical planning of the operations.

Which are the rules for the overflight of motorways with drones or model aircrafts?
TMC in Luxembourg

The Location Code List (LCL) was revised in October 2016 by the National Road Authority (NRA).

The version 3 is available free of charge since March 28, 2017 by the NRA (Request at dgt.tmc@pch.etat.lu).

The Location Code List is certified by the European association TISA and will be used for the traffic information service from April 10, 2017.

On the road network, highways, national roads and secondary roads, the accurate location is fixed by two identifiers: the road as such and its kilometric points (PK) or its reference points (PR).

These identifiers are to help road users orient themselves in case of need. The indications are tagged on milestones or road signs.

In this specific case, it concerns the Arlon motorway and the kilometric point 1,5.

What does CITA do?

Its mission consists in managing the dynamic equipment of the 160 km motorway and the around 20 tunnels, that are constantly connected to the CITA system.

Moreover, CITA supervises 24/7 the motorway network and the tunnels with nearly 600 cameras and almost two hundred thousand other equipments.

CITA coordinates the interventions on site in case of incidents or accidents with a 24/7 permanence presence and informs traffic users about any traffic disturbance directly by dynamic signalization and indirectly through third party services (e.g ACL, 112, Police, foreign Road Administrations,...).

Indeed, the main objective is to avoid further collisions and reduce traffic congestions related to breakdowns. In terms of sustainable traffic management, CITA manages the scope of planning, organizing and surveillance of the yearly 1000 road works to guarantee a wide range of other safety, mobility and environmental benefits.

Why are backlighted direction signs not maintained?

Backlighted signs of type “solupla” are not supported anymore by the National Road Administration, due to sanitary and obsolescence reasons.

What is the signification of the codification you see on the pictures of the CITA-cameras?

The entire highway network is encoded. This has been done with the conception of the CITA fifteen years ago. All the equipment which are connected to CITA, are clearly localisable and unique. It is possible to identify a highway by the direction and the “kilometrique point”.

This information is visible on the camera pictures and streams. In reference to the map and with a little bit of practice it is easy to evaluate the localisation of the camera.

For the highway, the following codification has been retained:

How does CITA react in the event of a “ghost-driver” alert?

In the event of a “ghost-driver” alert, CITA limits the maximal speed to 50 km/h on the highway section which is concerned and publishes the following message on the variable message signs “Attention voiture en contresens, serrez à droite”, until the moment when it’s proved that the danger exists no more.

Does CITA records the images from the surveillance cameras?

No - CITA does not record images of video surveillance cameras.

What about the color indication in the “traffic situation overview”?

The traffic situation overview is illustrated as follows:

Why isn’t there a dedicated app for CITA ?

The latest technologies in web design make it possible to render the content regardless the screen resolution used by the different devices (PC, tablets, Smartphones). All you have to do is to create a bookmark to connect directly to the cita.lu website.

Organization of major projects on the motorway network

Constant maintenance and construction work on pavements and highway infrastructure is carried out in order to provide adequate highways for the users. These works are carried out during the night and weekends where possible. Sometimes due to unpredicted situations it's not always possible to finish the work before peak hour traffic.

The administration is aware of the problem and executes regular maintenance work in order to close the potholes.

Duration of Highway closure due to works

Timetables are only estimated durations. Due to the importance of works it is sometimes impossible to precise the exact duration . Consideration must be taken for site preparation, time needed to secure an area can take up to 3 hours.

Management of traffic lights on the road network

The majority of traffic lights falls under the responsibility of the competent municipality.

Stop lines at the tunnel entrance

CITA noticed that drivers do not always respect the red emergency lights at the tunnel entrance (used in the event of traffic pile ups, jams and accidents etc). In order to indicate the halt zone, white STOP lines have been added at the tunnel approach zone. 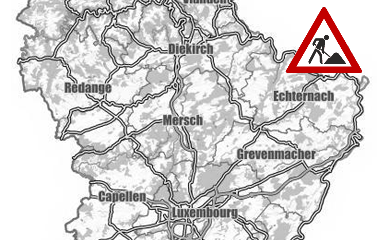 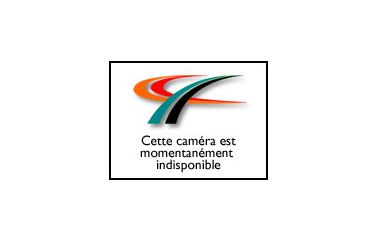 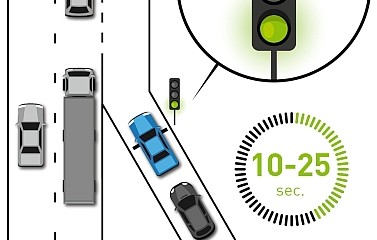 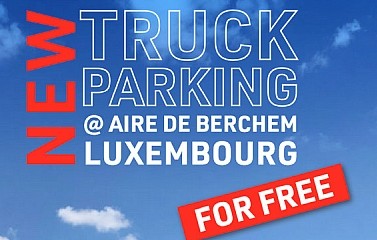 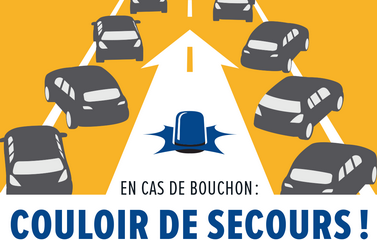